regions of Poland and Bohemia in 11th - 13th centuries

Based on Bohemian and Polish castellanies

back to Regions of Medieval Europe

Regions of medieval Poland and Bohemia:

This map is based on divisions of medieval kingdoms of Poland and Bohemia into lands, such as Bohemia and Moravia (kingdom of Bohemia) and Silesia, Little Poland, Great Poland, Mazovia, Kujavia and Pomerania.

In both of kingdoms lands were further divided into castellanies, basic governmental units, which were seats of royal castellans. Originaly the castellans were beneficiaries of the kings. During the 13th cenutry these beneficiaries started concentrating more local power, started establishing hereditary rule over those castellanies. They also started establishing their own private villages and castles, which later became their private feudal domains. 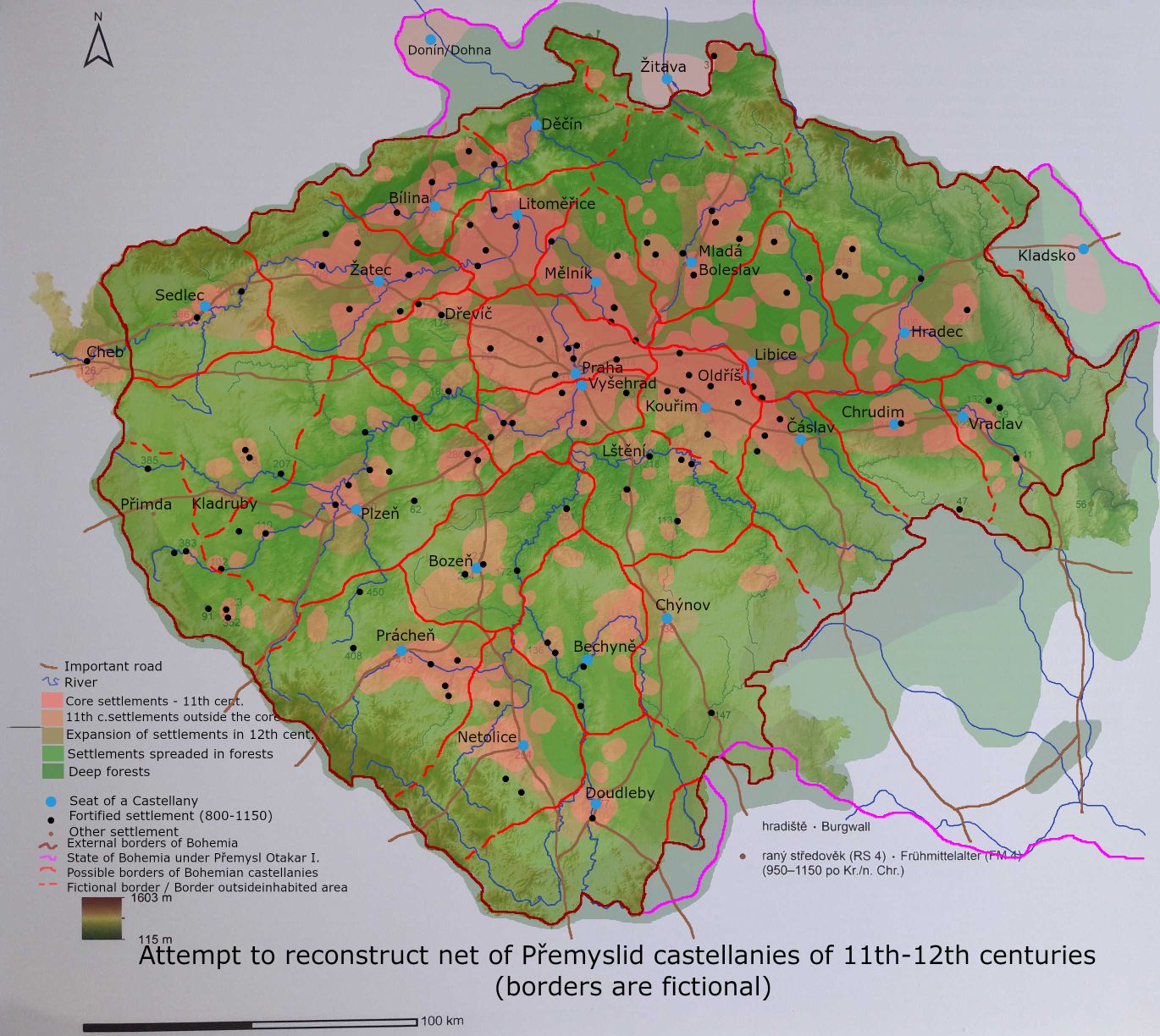